To share your memory on the wall of Jean Philpott, sign in using one of the following options:

Jean married Aaron “DOC” Philpott on November 15, 1947. They were blessed with 3 children: Lonnie, Eugene and Terry. Doc and Jean were married for 39 years, until his untimely death in May of 1987. She was a long-time member of West Side Church of Christ.

Jean was a glass inspector for the baby food jar line at Brockway Glass for 22 years before retiring on July 1st, 1994. Working at Brockway was how she made her living but her true passion was sewing for her family and others. She loved to sew. Jean started sewing when she was a young girl in the 3rd grade and continued to sew up until she became ill in April of 2016 and was no longer able to continue sewing.

For most of her adult life, Jean was either making clothes or doing alterations for someone. After retiring from Brockway, she started working full time as a seamstress doing alterations for Mike’s Mens Wear, J.C. Penney, Crowning Moments, as well as many others throughout the community. She was known as the lady who could make or fix anything; from wedding dresses to prom dresses to square dance dresses, to a pair of curtains or pillows here or there and she was even known for making costumes for the Nutcracker at Sadler Elementary and flags and uniforms for the MHS Color Guard. But her true passion and love was taking care of her Muskogee Police Officers, Sheriffs Department Officers, Oklahoma Highway Patrol Officers and 1 very special US military Solider, right up until she became ill and could no longer sew. Her other passion was working with Kathy and Phill Long of Crowning Moments and doing alterations on both prom dresses and wedding dresses. Girls came from all over to have Jean alter their formals because she was known as the lady who could fix anything.

To send flowers to the family or plant a tree in memory of Jean Philpott (Kinney), please visit our Heartfelt Sympathies Store.

Receive notifications about information and event scheduling for Jean

We encourage you to share your most beloved memories of Jean here, so that the family and other loved ones can always see it. You can upload cherished photographs, or share your favorite stories, and can even comment on those shared by others. 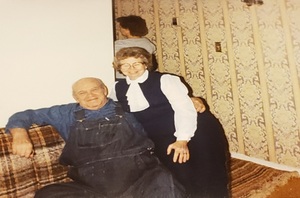