To share your memory on the wall of Kendra Hada, sign in using one of the following options:

Kendra’s life in Alva began in 1970 where she started 7th grade at Alva Junior High. On March 6, 1976, she married her high school sweetheart Gilbert Alan Hada at the College Hill Church of Christ. She then graduated with the class of 1976 from Alva Senior High School. To their marriage 2 boys were born: James and Travis.

Kendra began her medical career as an RN at Share Medical Center. She also worked at Share Home Health. Because of her compassionate nature, and dedication she was chosen from the nursing staff to serve at the OKC bombing to help care for people. Kendra was also a nurse at BJCC. She retired from Share Home Health in September 2012. Kendra was blessed, and became a “Nonnie” on April 28, 2015. Being a Nonnie was a dream come true. Kendra and Alan moved to Muskogee, OK to be near their grandchild, Mariah Faith Hada. Kendra enjoyed spending time with her family, reading, gardening and bird watching.

Services will be held at 1:00 pm, Saturday, June 19, 2021 at the Chandler Road Church of Christ in Muskogee. Inurnment will follow at Greenhill Cemetery in Muskogee under the direction of Lescher-Millsap Funeral Home. Condolences can be sent to: Alan Hada, 606 Foltz Lane, Muskogee, OK, 74403.

If you would like to make a donation in Kendra's name, please consider: www.als.org (Oklahoma Chapter) or Donations.diabetes.org
Read Less

To send flowers to the family or plant a tree in memory of Kendra Beth Hada (Brown), please visit our Heartfelt Sympathies Store.

Receive notifications about information and event scheduling for Kendra

We encourage you to share your most beloved memories of Kendra here, so that the family and other loved ones can always see it. You can upload cherished photographs, or share your favorite stories, and can even comment on those shared by others.

Jerry Hada, Mark K. Gleyre, and other have sent flowers to the family of Kendra Beth Hada (Brown).
Show you care by sending flowers

Posted Jun 26, 2021 at 09:27am
We used to have so much fun working together at the Taco Village in Woodward. Kendra will definitely be missed. May she rest in peace.

Posted Jun 21, 2021 at 02:18pm
Alan, we are broken hearted for your loss. May God Bless you and your family and may sweet Kendra rest gently.

Posted Jun 18, 2021 at 09:27pm
So sorry to hear of Kendra's passing. Heaven gained a special angel for sure! ! Alan and your boys & their families, Resa & Rona and your families, Arlene, Jerry & Terry & your their families we pray for God's strength & comfort for all the days ahead! Hold tight in your heart all those incredible memories you have of Kendra & those moments will carry you through this time.
Love, Doug Eckels Sr. families, Duane Eckels families, Jackie Eckels-Neal families and DeAnna Eckels-West family.
Comment Share
Share via:
JH

Posted Jun 15, 2021 at 05:11pm
I will miss you my dear friend. I can see your smile and hear your sweet voice when I think of you. Love, Lynell
Comment Share
Share via: 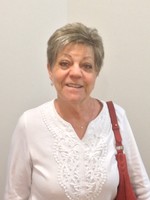 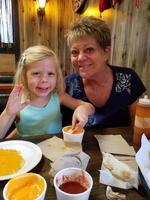 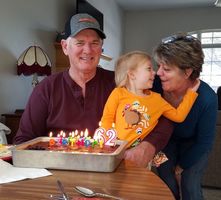