To share your memory on the wall of Loretta Keith, sign in using one of the following options:

Loretta was baptized at an early age, letting her Christian faith be known. Loretta was very caring and selfless. There were many years she tirelessly stayed with her son Jay for months at a time while he was hospitalized at St. John Medical Center. She also courageously went back into a burning house to save her 8-month-old granddaughter Claudia, sustaining a great about of smoke inhalation and several severe burns. She aided her granddaughter Cassidy from a severe grease accident and her grandson Dalton from a glass accident on the back of his skull. She also helped her daughters raise their children. She took care of Wade, Robin, Claudia, Cassidy, Dalton and Amber 24-7. She became their second parent. Her grandkids were crazy about their Grammy or Gram. They loved going to Gram’s before and after school and always wanted to spend the weekends there too. In later years, she worked with and helped her granddaughter Cassidy at her resale store. She worked there until her husband became ill and spend most of her time with him in OKC until his death.

Loretta had love, patience and kindness that you just don’t find anymore. However, she would be brutally honest and put you in your place in a heartbeat. She wouldn’t would never lie, cheat, or steal. She was straight to the point and never minced words on what was right or wrong. She was the toughest, bravest, honest and most fearless person you would ever meet. Besides being a great parent and grandparent, she was a good listener, mentor, friend and role model.

To send flowers to the family or plant a tree in memory of Loretta May Keith (Davis), please visit our Heartfelt Sympathies Store.

Receive notifications about information and event scheduling for Loretta

We encourage you to share your most beloved memories of Loretta here, so that the family and other loved ones can always see it. You can upload cherished photographs, or share your favorite stories, and can even comment on those shared by others.

Rena Thornton, The Resource Group, and other have sent flowers to the family of Loretta May Keith (Davis).
Show you care by sending flowers

The Resource Group purchased flowers for the family of Loretta Keith. Send Flowers

Posted May 21, 2021 at 12:50pm
Wishing you peace to bring comfort, courage to face the days ahead and loving memories to forever hold in your hearts.

Kent and Kara Rountree purchased the Love's Journey for the family of Loretta Keith. Send Flowers

Susie Arnall and Debra Gentry purchased the Your Light Shines for the family of Loretta Keith. Send Flowers 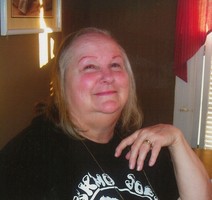