To share your memory on the wall of Vicky Bailey, sign in using one of the following options:

Vicky grew up in Muskogee with her family south of town and loved horses from an early age. She spent her early years riding stick horses and skipping like she was on a fast steed. Her love of horses continued in her younger years as she and her sisters participated in various rodeo events, including barrel racing and bronc riding, and were well known among the rodeo community.

Mrs. Bailey worked at Muskogee Regional Hospital before she went to work for Muskogee Public schools as school bus driver. She retired after nearly 30 years of service. She fought a difficult infection before departing this life Monday, March 8th, 2021 at St. Francis Hospital Muskogee. She was preceded in death by her father William E. Wells and mother Melba J. Wells, her brother Bill Wells, sister Sandy Cunningham, and husband Ray Bailey.

Visitation at Lescher-Millsap Funeral Home will be Thursday March 11th from 10am to 8pm. Services will be held at Grandview Baptist Church in Muskogee on Friday March 12th at 10am before proceeding to Ft. Gibson National Cemetery at 12pm for burial.

To send flowers to the family or plant a tree in memory of Vicky Ruth Bailey, please visit our Heartfelt Sympathies Store.

Receive notifications about information and event scheduling for Vicky

We encourage you to share your most beloved memories of Vicky here, so that the family and other loved ones can always see it. You can upload cherished photographs, or share your favorite stories, and can even comment on those shared by others.

Love, Michele and Melissa Schmidt and Char-Jamie-Kyle and Tara sent flowers to the family of Vicky Ruth Bailey.
Show you care by sending flowers

Posted Mar 11, 2021 at 04:21pm
I have a lot of great memories with Vicky and the family. I'm sorry I can not make it to the service but you are all in my thoughts and prayers.
Comment Share
Share via:
MW

Posted Mar 10, 2021 at 06:01pm
My heart has another hole in it from your passing but, all the amazing memories of you sister will slowly mend it. Please hug everyone in heaven and give them our love!
I love you or I Fuzzzz you!! Lol. ❤️❤️😘

Char-Jamie-Kyle and Tara purchased flowers for the family of Vicky Bailey. Send Flowers 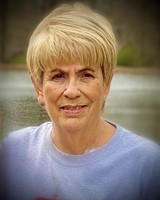 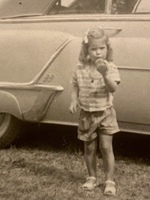 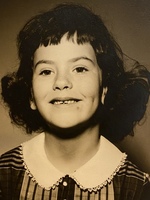 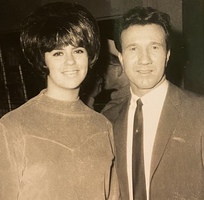